Cave Survey and Cartography is the process of data collection in the cave and the drawing process of a cave map.

Cave Survey is the collection of survey information in the cave while cave diving. A variety of survey techniques will be practiced such as survey in and survey out with its advantages and disadvantages.

Cave Cartography is the use and translation of cave survey data collected while diving in the cave and translating that information into a cave map. A variety of cartography styles will be covered with the production of a traditional hand drawn cave map by the end of the course.

How to Draw a Cave Map 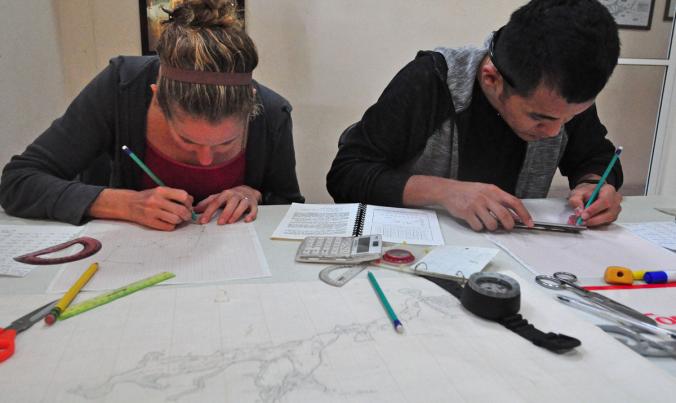 Cave maps can be drawn electronically or by hand. At ProTec Dive Center in Playa del Carmen we like the idea of traditional hand drawn cave maps and will teach you how its done